It presents a story and events that you review through vehicle warfare as a style of play, and it is a new experience of its kind for the studio that gave us games such as Homefront, SAINTS ROW and Dead island, did the developer succeed in providing a game of this type?

The main character in the game () is very well designed, whether at the level of graphics, acting, or even the story scenario and the wonderful voice performance of the character.. It is clear that the effort was made in writing the character and its details and presenting it at an excellent level. 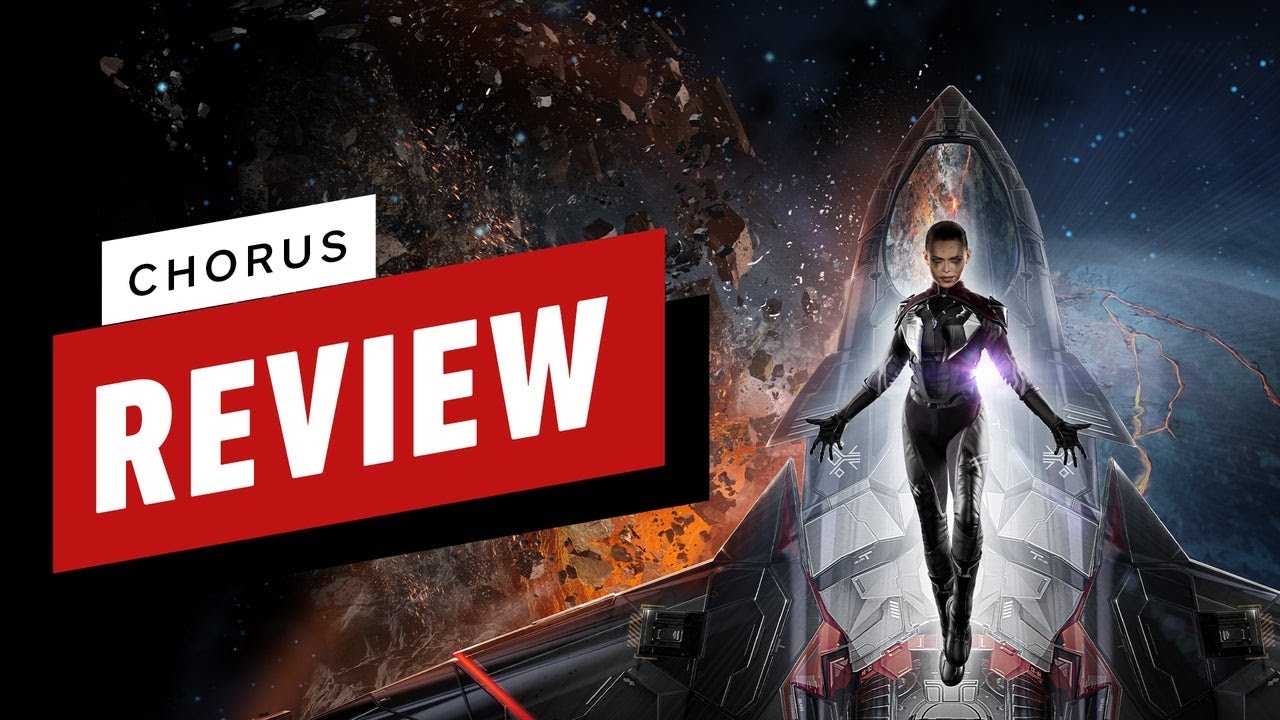 In the past, Nara was considered the most fierce, bloody and fierce warrior in a religious sectarian group called the Warriors Circle, which was characterized by its crimes against humanity throughout the universe, but Nara separated from it and ran away after it was a candidate to lead that sect and disappeared in one of the solar systems until it decided To finish what she started to decide, with the help of her Forsaken spacecraft, to fight that group and annihilate them in a journey that extended for about 30 hours of playing to achieve its goal, which is to eliminate the leader of that group, who was making her commit all these atrocities and crimes in a framework of remorse and guilt for the heroine of the story for what she committed In the past.

The story seems to be repetitive and did not present anything new. How many a repentant villain we have seen trying to win justice by fighting against the old allies of evil, but that did not prevent it from being a somewhat good story.

In my view, the game also fell into the trap of modest storytelling, since most of the story events are narrated through audio dialogues between and her enemies, or by listening to excerpts from the memories of her old allies.

The game has a superior visual quality as the game world is characterized by a large content of stunning scenery and the quality of impressive details. It depicted the outer space in an amazing way.. chorus is one of the best spacecraft games visually because it has a huge amount of graphics of very high quality even though you are spinning In one space, but you will find that each area on the map is different from the other areas.

Chorus has a semi-open world full of details that you can navigate through and open most of its parts quickly. You will notice the huge difference between the parts of that world in terms of the amazing terrain around you, the intricate rock formations, the dazzling star swirls that fill the world, the amazing visual effect associated with the star explosions that occur around you, as well as The icy character of some parts of the areas you pass through, as well as the dazzling visual effect of weapons, the shapes of enemy vehicles, and the interior details of large vehicles that you will have to enter to destroy some of their internal parts.. and other elements of the world that the game embodied in a very great way, as it is considered one of the great strengths that this game possesses and distinguishes it from the rest of the shooting games or spacecraft.

Although spacecraft shooters often fall into the trap of limited gameplay errors, whether in driving or maneuvering, Chorus handles this in a way that may be the best of its kind.

Chorus' gameplay is so fluid that it's such an attraction that you won't want to let go of the control or maybe get immersed in the game and feel like you're actually driving the vehicle.

The evasive methods have also been worked out in a wonderful and smooth manner in that game, and their mastery and proficiency is what will swing your hand in many confrontations.

Complementing the strong background that the story provides for the main character in the game, you will find that her history as a veteran war criminal is clearly reflected in her strength in the game. This is evident from the clear difference in strength between you and your enemies, which is always in your favour. Difficulty accompanied by smoothness in fighting methods and confrontations, and you will find that you face many difficult situations, especially if you are facing a swarm of spacecraft, and here you must show your abilities in combat and do maneuvers to get rid of them, and you will also find some difficulty in some battles in the Bosses that you face during Your journey to bring down the circle of warriors.

Your combat spacecraft features three types of weapons that vary between machine guns, lasers or a missile launcher that you can switch between them during the game based on your need for each weapon in each confrontation and based on your opponent's defenses.

In addition to these weapons, you will find that you have supernatural abilities that are called rituals in the game, which in turn give you a clear advantage over the enemies. You will obtain these rituals periodically during your journey in the game.

One of these rituals allows you to make a comprehensive survey of the environment around you, and it is most likely a feature or feature found in most games of all kinds.

There is also another weather that allows you to make quick maneuvers and turns that give you a big advantage during some battles.

These rituals are very ingeniously designed both in terms of visual and in terms of their impact on your gameplay.

The gameplay will make you very eager to master it and know when to use maneuvering methods to avoid enemy strikes and choose your weapons well for each confrontation other than the other, which is what I found from the very satisfactory attractions that characterize this game.

The game also enables you to make modifications and upgrades, whether at the level of rituals or weapons, some of which allow you to cast rituals faster and others that increase the damage caused by the use of a specific weapon and others.

The game contains many different and attractive side missions that I advise you to pass because it contains information directly related to the main story and will make you understand and discover more about the world surrounding Nara, the heroine of the story.

The developers of the game also paid attention to the audio aspect of the game. In terms of the soundtrack of the game, you will find it very enthusiastic and interesting that pushes you to complete the events of the game with passion and give the battles a special enthusiastic character.

Chorus is a very good experience for fans of spaceship games, as it contains a well-designed ocean world and many stunning scenery in addition to the smooth gameplay and others that may be an experience tainted by some defects such as poor storytelling, repetition of the story, lack of multiple weapons and lack of Inventing new weapons, but that does not prevent it being a good experience, which I recommend if you are a fan of this type of games.