As someone who grew up on Japanese games of the PS1 and PS2 generation, I fell in love with the Japanese heritage and traditions, and the distinctive language and dialect. When I saw the premiere of Ghostwire Tokyo, I got mixed feelings between the excitement for the game set in , and the anxiety about the core gameplay elements that really raised the bar for players' expectations.

Ghostwire Tokyo is a game published by Bathesda and developed by Tango Gameworks studio known for The Evil Within. An action game infused with some elements of horror and survival in a lonely and empty city where souls roam all over the place. 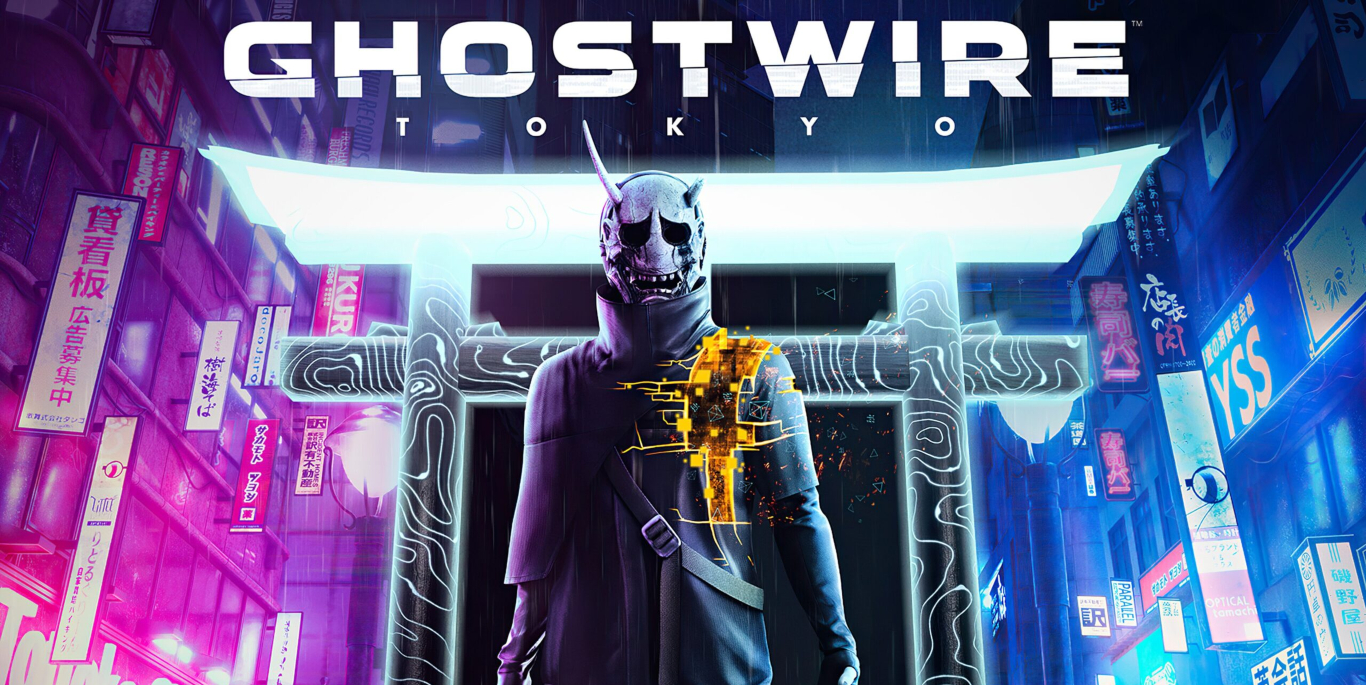 The story takes place in the city of , where our hero "Akito" lives. Everyone is surprised by a mist that erases everything in his path, and somehow Akito obtains a powerful force that keeps his body from vanishing, as all the inhabitants of the city vanish, leaving only their souls suspended in the air. In the midst of these disastrous circumstances, Akito did not lose sight of his sister, who lay ill in a hospital. He begins a quest to find his sister and rescue her with the help of "Kai Kai", who shares the same body with Akito, against strange and terrifying creatures, some without heads, called "Visitors".

The game threw you into the sea without buoys

Of course, I felt a lot of confusion after reading that synopsis of the stories of the game Ghostwire Tokyo, exactly the same feeling that I had during the first hours of the game, the story begins suddenly without any introduction leaving dozens of questions running in your mind. After the first hour of the game, you often get a good picture of what's going on in this lonely city.

The story is good and serves the idea of ​​the game, some moments at the beginning of the story were placed only to prepare the player for a new tool that joins the playing style, which was clear to the player and was not sufficiently justified. As good as the payoff was, the story still left gaps that weren't filled in at least the first half of the game. He asks you to go somewhere and inspect something without a compelling reason, to gain new powers to add to Akito's abilities.

In general, the story is not perfect, but it succeeded in conveying the required feelings at the appropriate moments for the player to integrate more into the game, despite some gaps that can be overcome, but we should not neglect the cinematic scenes that saved the player from getting lost between the events of the game, as it was able to explain a lot of The events with wonderful scenes are appropriate, leaving a question in your mind that the next scene will answer, and so on.

Happy to add my Arabic so well

The game contains Arabic translation of texts and conversations, which made me very happy, not only because the game developers are interested in adding the Arabic language in their game with a full translation of texts, conversations and newspapers that Akito reads. Rather, they were keen to master the translation astonishingly. The translation is not literal, but rather woven and describing the correct meaning of the characters' words. It has a small font problem.

Through the official presentations of the game before its launch, we were able to take a look at the gameplay and get a general idea of ​​it. Perhaps it was the most prominent thing that caught the attention of the players, so was I living up to the high expectations?

Let's first look at the special powers that Akito possesses. Akito has 3 basic elements that enable him to release the energy of ether through his hand.

Air: Can release the energy of ether to cause damage to the opponent

Fire: Fires an explosive blow that often kills weak opponents in one hit

Water: a weak blow in front of long distances, but when you approach the enemy, you may kill him with one blow

After you learn these three powers, you will be able to switch between them during combat. Give this item some variety in combat so that you can defeat several types of monsters that have different ways of attacking and defending. Your initial learning and experience of these powers during the first few hours was one of the most enjoyable gaming moments for me. Akito's hand movements during his performance of all kinds of strikes are excellent and influenced by Japanese animation, especially when he pulls the souls of enemies using a luminous thread with the sound of their screams, the ecstasy of that moment can not be missed.

The method of progression in the game depends on you collecting experience points that you get by completing main and side missions, and killing more visitors. These powers are used to increase your character's energies or unlock a new skill to be added to your three powers, such as a critical hit or three consecutive hits in one hit. The skill tree was comfortable and not overly complicated, I didn't think much about what to develop first, anyway still a good addition.

The variety of monsters you meet in the game world was one of the strengths of the game. Between the parachute carriers and the young female students, the developers diversified their attacks, which added more enthusiasm to the battles where you would not expect how they would be attacked. The Boss in the game are very few, but there are what can be described as Mini Boss, who have different abilities than the rest of the visitors and are difficult to kill with your usual methods that you use against regular visitors. Those fights were wonderful and very exciting, if a Boss or two other than the one that appeared in the first six hours of the game were put in, it would have allowed more room for creativity and enhanced the element of difficulty and challenge towards the player.

The side quests in the game are totally unattractive and it was a huge gap that couldn't be ignored. You are always getting in the way of spirits that ask you to complete a certain task to free them, sometimes until you find a side quest in the midst of performing a task in the story, which causes inconvenience to the player. When you think about her experience, you will be frustrated by the weakness of her story and the lack of serious motives. I've experienced this in 80% of the side missions I've tried.

The gameplay of Ghostwire Tokyo is based on two parts consisting of direct contact with visitors and stealth. Stealth is a very important part of the game, even in some parts of the story, stealth becomes a tool without which you will not progress in the story. Stealth in the game remains primitive and does not carry any revolutionary ideas. Where you can kill enemies and withdraw their souls from behind them without direct engagement is important, or move between places without visitors seeing you. Very rudimentary style but still useful for the context of the game.

❞ Congratulations to the inventors of ray tracing technology ❝

Just stop, let go of the controller for a bit, and gaze at the empty streets of . The graphics and city design in Ghostwire Tokyo are impressive. Such games are called new generation games by all standards in terms of graphics. Here is the value of ray tracing technology, which takes the visual experience to an incredible level. It rains in most of the time, which creates a large area for ray tracing technology to demonstrate its capabilities in the reflections of buildings on wet ground and smooth surfaces.

The design of the world is fantastic, the mastery of broadcasting the feelings of emptiness in the heart of the player was the most prominent feature of the game world. Stores where advertisements still sound, and the chaos that shows you how all the people of vanished without warning.

Deadly fog covers all over the city and you have to complete specific missions to unlock new places to explore a bigger world but since we are talking about an open world game did that world have value and importance?

The world of the game is not as large as some developers seek, but its only benefit is to roam the atmosphere of the game and the elaborate design of the world, otherwise you will feel that the game is linear and you will not find any other activities to do, sometimes it may merge into jumping between buildings and flying in the sky of Tokyo Yes, in Ghostwire Tokyo, you can reach the highest buildings, and when you jump, you will be able to fly for a few seconds, which can be increased through the skill tree.

For PC owners, the minimum requirements to run the game are a bit exaggerated. When the operating requirements for Ghostwire Tokyo were announced, it made sense given that the game is exclusive to the new generation. But the game is still working on much lower operating requirements than advertised, where you can have a smooth experience on medium to high settings with medium capabilities, for example the game requires 12 GB of RAM, however, you can run it on 8 GB without any problems or drop in rate Tires to me in just a few moments.

The developer has not overlooked any aspect of the game. An interesting story bearing the Japanese anime character, the character design is very attractive, and the world is amazing in terms of design and graphics. The gameplay is not revolutionary, but it is fun to the max, and more abilities are added to it as you progress further in the game.

As for my opinion if I suggest you buy it or not. Of course, I offer you to buy it and experience a unique and unique experience, and do not forget that “the game takes place in ” is the darling of my generation of players.